NOTE:  Trifacta Wrangler is a free product with limitations on its features. Some features in the documentation do not apply to this product edition. See Product Limitations.

Through the Transformer page, you can perform lookups from one set of values in your dataset into another set of values in another dataset using a simple wizard. To perform a lookup, select the caret next to a column title, and then select Lookup....

This task is best demonstrated by example. In this case, your raw sales data records product information in internal numeric identifiers. For analysis, you may want to integrate data from your products master data based on the internal identifier, so that you have a product description and other useful information as part of your dataset. 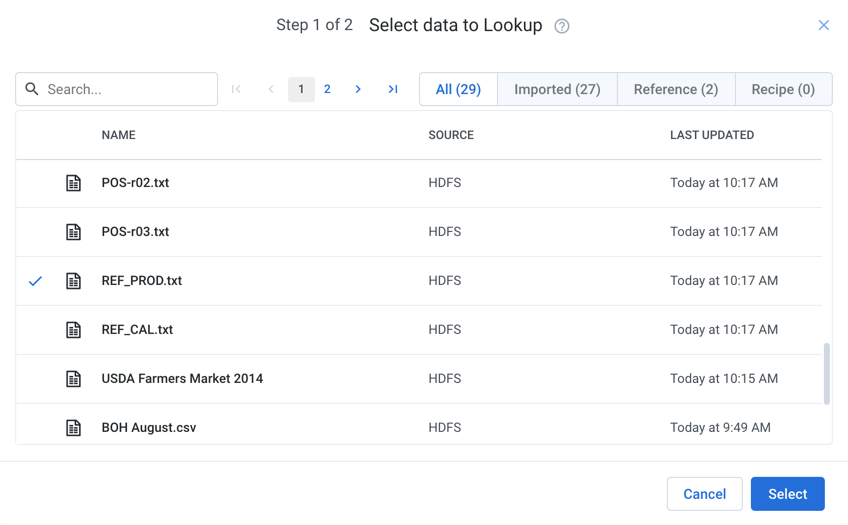