Sequences of operations that end-users execute in the Designer Cloud® application  are rendered as commands in Wrangle (a domain-specific language for data transformation). When a job is executed, the Wrangle  recipe of steps is executed against the entire dataset. In the following diagram, you can review the layers that execute Wrangle  recipes across your dataset. 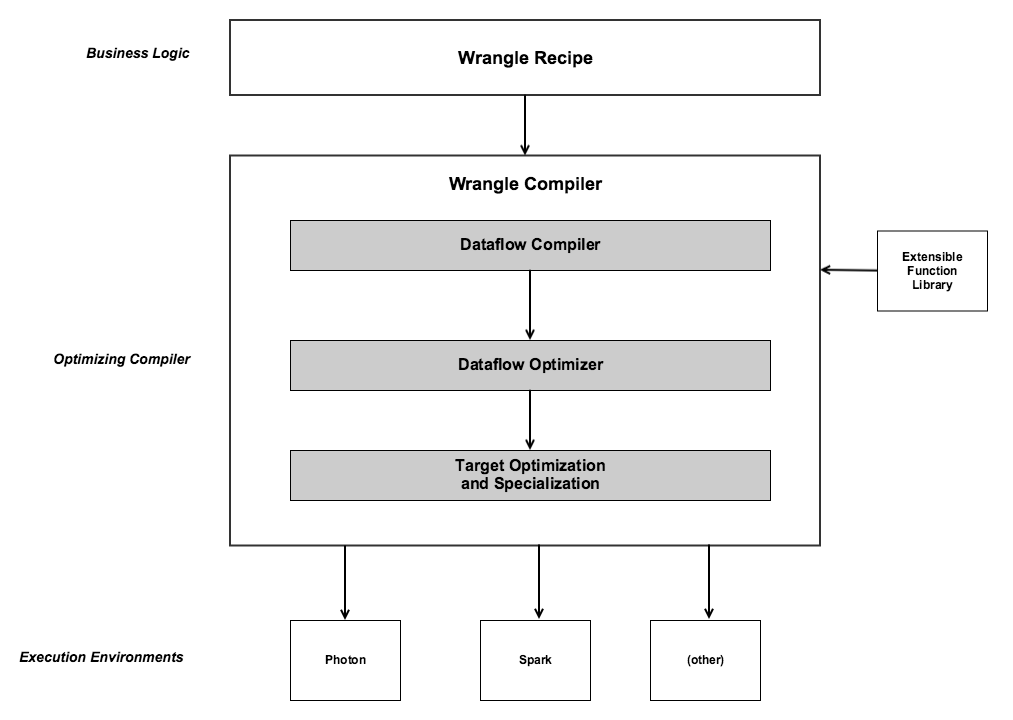