This section describes techniques to standardize text values in your datasets. In Trifacta® Wrangler Enterprise, you can use the following techniques to address some common issues you might encounter in the standardization of text and other non-numeric values. 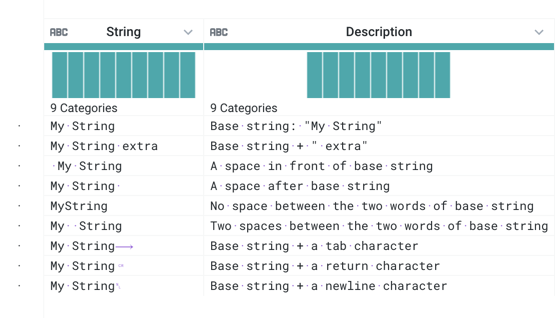