In a union operation, the  Designer Cloud® application  attempts to match columns between multiple datasets. As needed, you can perform manual tweaks to the matching and decide which columns to include or exclude in the resulting dataset. 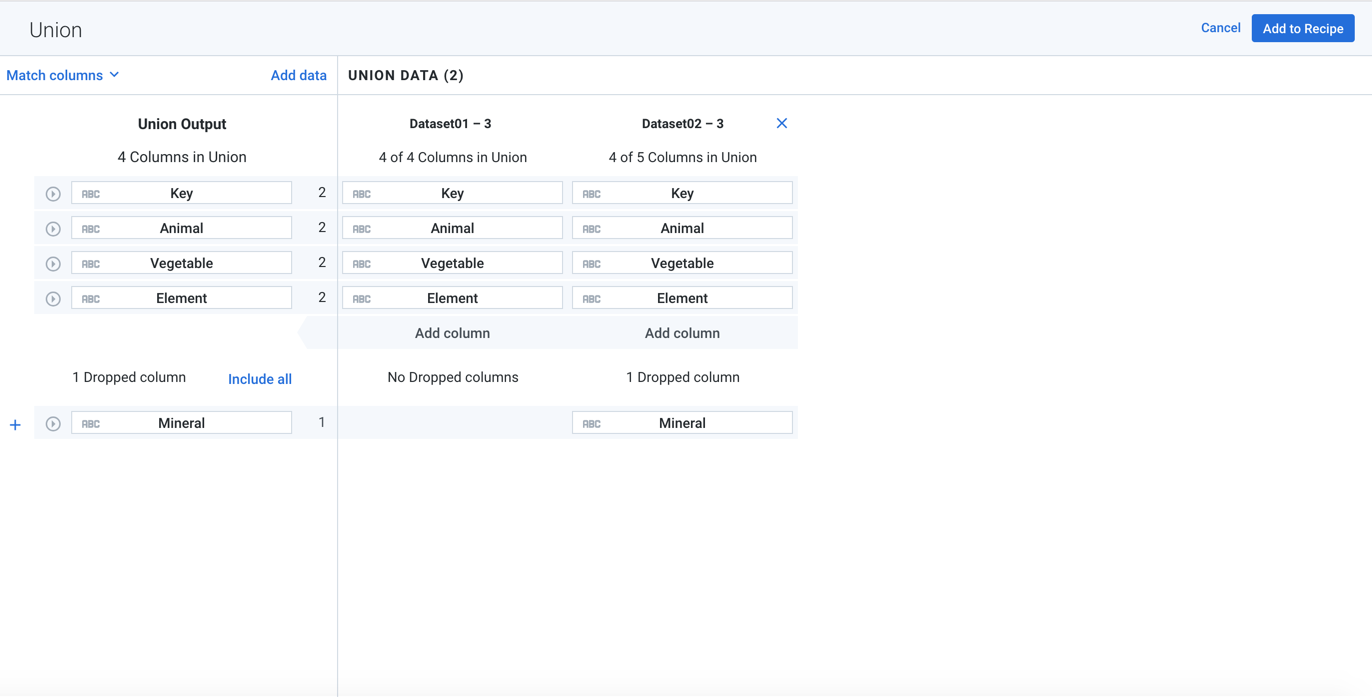 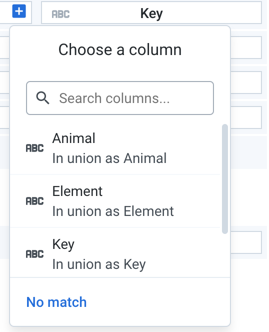