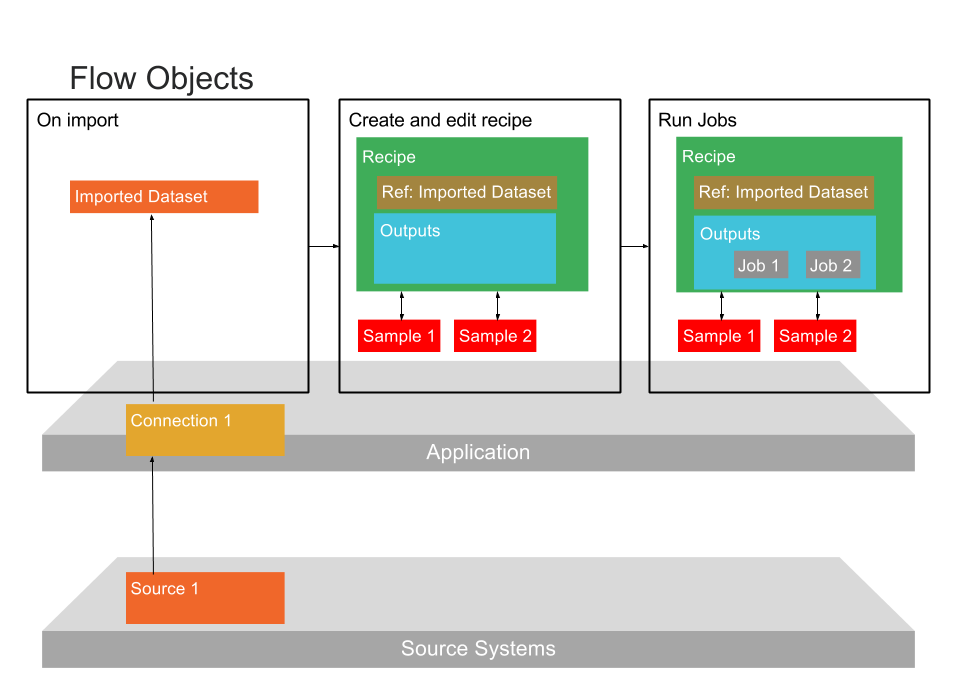 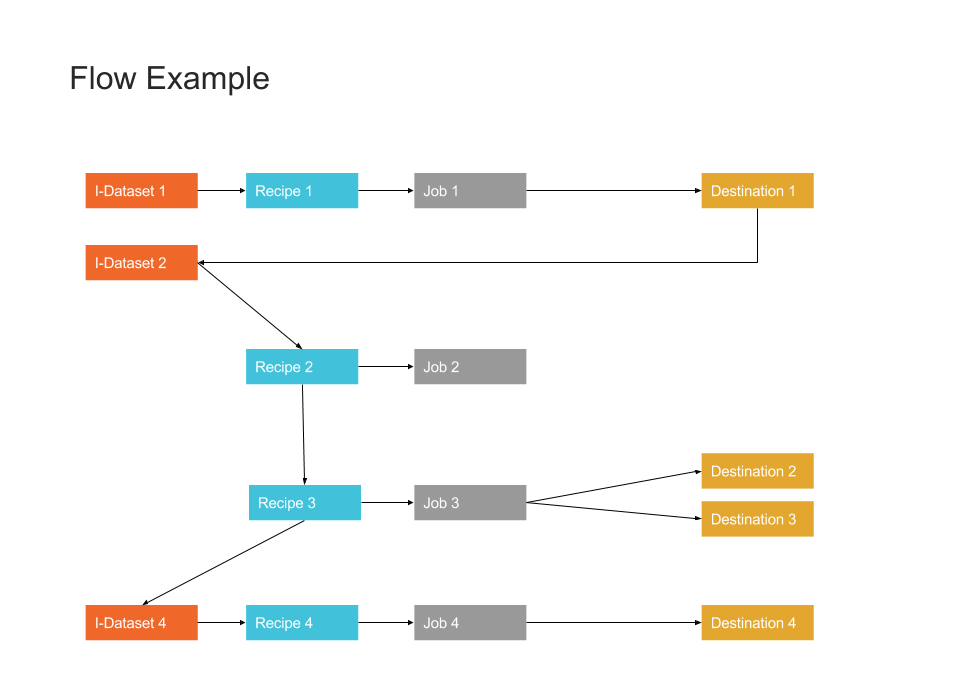 Flows are created in the Flows page.

Macros: As needed, you can create reusable sequences of steps that can be parameterized for use in other recipes.

Schedules are created for a flow through Flow View page.

Plans are created through the Plans page.